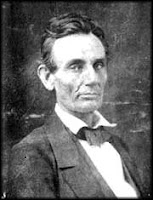 Many newspapers and websites have chosen through history to forgo complete objectivity and endorse a candidate or candidates in an election. Often, the choice made is an illustration of that publication but it is often the intent of the endorsing journal to present a choice that, in their view, would be preferred by their readers. Such is the value of knowing ones audience. The New York Times, for example, first endorsed a presidential candidate with Republican Abraham Lincoln, who would later lead America in a war to emancipate the slaves of the Confederacy, and has most recently endorsed Sen. Barack Obama, also a unique product of the story of Africans in America.
Here on Tenth to the Fraser, we have no historical leg to stand on. As far as you know, we could be rabbits escaped for the Queen’s Park Rainbow Playland Petting Zoo but nevertheless, we have decided that we will be endorsing our own custom slate of candidates for Mayor and council.

Blog Editor Briana and I (William) will each be presenting our picks later this week, after we have had a chance to hear another scheduled All Candidate Meeting (this Tuesday) and hand out gobs of Hallowe’en candy. In an election that will be so poorly followed an attended, we figure it is almost a necessity to publish these choices as a way of synthesising and evaluating what is available from the candidates.

Or we are both full of it. You decide.