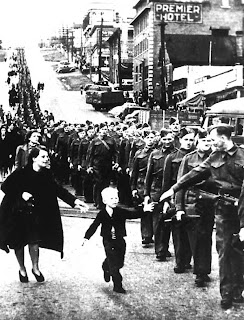 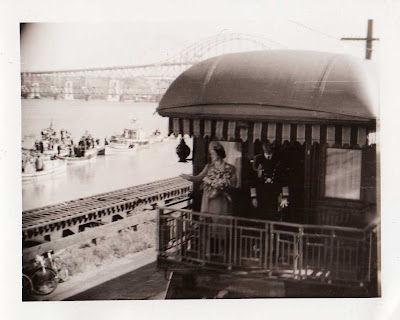 And now for an interlude, appropriately enough, from the Starbucks at Chapters in Metropolis (née metrotown). New Westminsterites of my vintage will remember it as Metrotown, that mecca of all things cool and consumer-related.

When I was a kid, Metrotown was THE only place to see a movie, buy reasonable clothes, shop on your own, and oftentimes, eat. Sure, some of that was owing to the uniquely terrible palate of one’s teenage years, but I know I’m not alone in saying that Metrotown was the mecca for everything. Growing up in New West was to be a throbbing teenage parasite on the side of Burnaby or Downtown Vancouver.

As a grown (and driving) adult, I see New West from a much different perspective, but the conclusion is the same – it is a city, unique in so many attributes, yet slighted by it’s position as the town “on the way” to everywhere else. The middle of everywhere by public transit (and still is, as the junction between the Expo and Millennium lines) and by car is how New West is known to many, but truly understood by a very few. As much as these traffic flows brought, they took away far more, as a population too small to sustain its own immediate amenities – cinemas, nice nightspots, real shopping and tourist destinations – flocked to frequent those in Metrotown, Downtown Vancouver, or more recently, those in the TriCities.

I’ve found that one of the sad things about growing up NW is looking back and seeing the deterioration of every major development meant to draw people to the city in less time than it took for you to go from hotwheels to a Class 5 Drivers License. One by one, they all fell apart due to neglect, poor attendance and disrepair – The New Westminster Quay, now a shadow of its former self; Woodward Place/Royal City Centre’s loss of its anchor stores; the Burr theatre – even the High School has been left in tatters, waiting for decisions about its fate.

It’s a favourite sport for New Westminster folks to blame the traffic arteries that encircle our community and mass-transit lines that criss-cross the neighbourhoods for the demise of the city’s entertainment and retail services. One might even say that this sort of complaint is common to any small-ish community, so nearby a large city that it can’t help but lose its dollars to the bright lights and better sushi of the mall next door. When our family moved to New West in 1985, the Skytrain was just being finished – but I still remember how the downtown (already in pretty bad shape) deteriorated when New West Station was opened. Suddenly, this little homey town with the “marrying and burying” reputation and the first Spaghetti Factory anywhere was transformed into that town you ride through on your way to somewhere else. The place you wouldn’t dream of disembarking the skytrain, bus or car unless you were forced to by an ill-placed junction.

Still, New West has much to thank it’s transit corridors for – it is certain that Columbia Street’s (slow, hiccuping) revitalization would never have happened if it weren’t for the Millennium Line and excellent bus service in that area. One wonders what would have become the city if Highway 1 didn’t skirt the northeastern edge, bringing bus and truck traffic in and out. Like it or not, car traffic and mass transit were as formative for New West as the river has ever been.

So, what? Can (or should) anyone change New West’s “little sibling” place in the GVRD, always the bridesmaid, never the bride in the minds of consumers? (Except, of course, if you are a bride, in which case Columbia Street is DA BOMB.) No – and according this New West girl, it’s time we found new and better ways to embrace our traffic-laden future, embracing green technologies and ways of working that don’t contribute to the gridlock on Front Street, 20th Street, or McBride Boulevard. I see it starting, in a way – one of the main signs of life in New West for me has been the renovation and revitalization of Uptown. The Royal Bank building on 6th and 6th was knocked down, replaced by a condo-and-retail mix, as was the entire seedy strip mall on 6th ave between 6th street and 7th.

The survival of the modern metropolis cannot continue to rely on the same bimodal commuting patterns. I see New West’s future in the past – by hearkening back to cities built in Victorian times, where cities were built as interlocking villages, each with their own vibrant shopping, entertainment and residential districts. I lived for a short time in Melbourne, Australia and in Belfast, Northern Ireland. Both shared a common civic roadmap that wove civic neighbourhoods throughout the big city, rendering it needless to go elsewhere if you just wanted a bite to eat or tea with a friend. Yes – New West is stuck between the river and a hard place, but that’s no reason that we can’t deliberately build a community, around Stuart McLean’s maxim, “if you can’t be big, be small.”

Except for New West, perhaps it is better said, “If you can’t be there, be here.”

PS: In discussing this post after the fact, I bemoaned to Briana that my favourite New West eatery, whom I hold single-handedly responsible for bringing yaletown yuppies back to the ‘burbs, has closed. She informed me that it wasn’t due to the usual problems – lack of traffic and lack of cash flow – but due instead to the owners’ desire to spend more time with family.
Regardless, I still say that the problem with New West right now – despite the sort of brilliant potential that fosters places like the Orange Room, is that as long as we continue to depend on the standard roundtrip work commute from the burbs to Vancouver and back, there will never be the type of people available to open businesses like the Orange Room and truly invest in the “town-centric” lifestyle that most here seem to be looking for. If you want it, folks, you’ve got to go out and set up shop!