Skip to content
It is a great time to start a blog about New Westminster. Not only have we just completed a federal election cycle (where two incumbent New Democrat MPs Peter Julian and Dawn Black were returned to Ottawa to represent their ridings) but a municipal election is at hand as well. Hope for a warm, dry day for Saturday November 15th! That is our day to go to the polls. The City web-page has information here and you can find links to many of the candidates running for Mayor, council or as a school trustee in the sidebar of this site.
In keeping with this blog’s mandate to be about all things New West, I will to my best to keep the site updated, add commentary and present some of the interesting personalities and highlights of the campaign. I have emails in
now with a number of candidates asking for interviews or statements and just this weekend I kicked things off with a visit to the official campaign launch events for both Mayoral candidates. 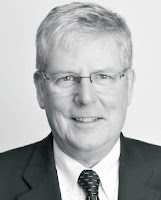 I have to say, this might be a confusing year for some New Westminster
voters. For the first time that I know of, there will be a slate of candidates known as Voice of New Westminster running as a team against all other candidates. The Mayoral candidate for Voice, Blair Armitage is one of the founding members on the slate and the current Chair for the VANOC (2010 Olympic games) steering committee for the athletes village. On Saturday, yesterday, Voice New Westminster opened their office at the base of Belmont towers (near the Hub Barbershop, across from Starbucks). The office was busy with lots of supporters and street traffic and they were serving coffee, tea and cookies.I have not really gotten to the bottom of the reason for the slate as it has been the usual practice to run as an individual candidate in New Westminster elections. With some luc
k, I hope to have some direct information from their campaign. 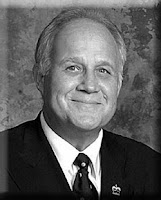 Today was the opening of the campaign office for the re-election of the incumbent candidate, Mayor Wayne Wright. Their office in the 600 block of 12th st was also busy as a number of supporters shared laughs, hot-dogs, empanadas, and refreshments. Mayor since 2002 and often cited as the driving force behind “The Worlds Largest Tin Soldier” Wayne Wright shared the day with other candidates, supporters, curious citizens and other notables like members of the city’s emergency services and recently re-elected MP, Peter Julian.
From my uninformed position, the voice group does seem motivated to change the landscape of New Westminster city politics but the folks at Mayor Wright’s campaign do not lack for a positive attitude. The atmosphere at the 12th street campaign office was upbeat and festive. I expect to see a lively contest between the Armitage/voice contingent and those supporting Wayne Wright’s bid for re-election. I hope to get into this more as the campaign goes on. Check back here for updates.